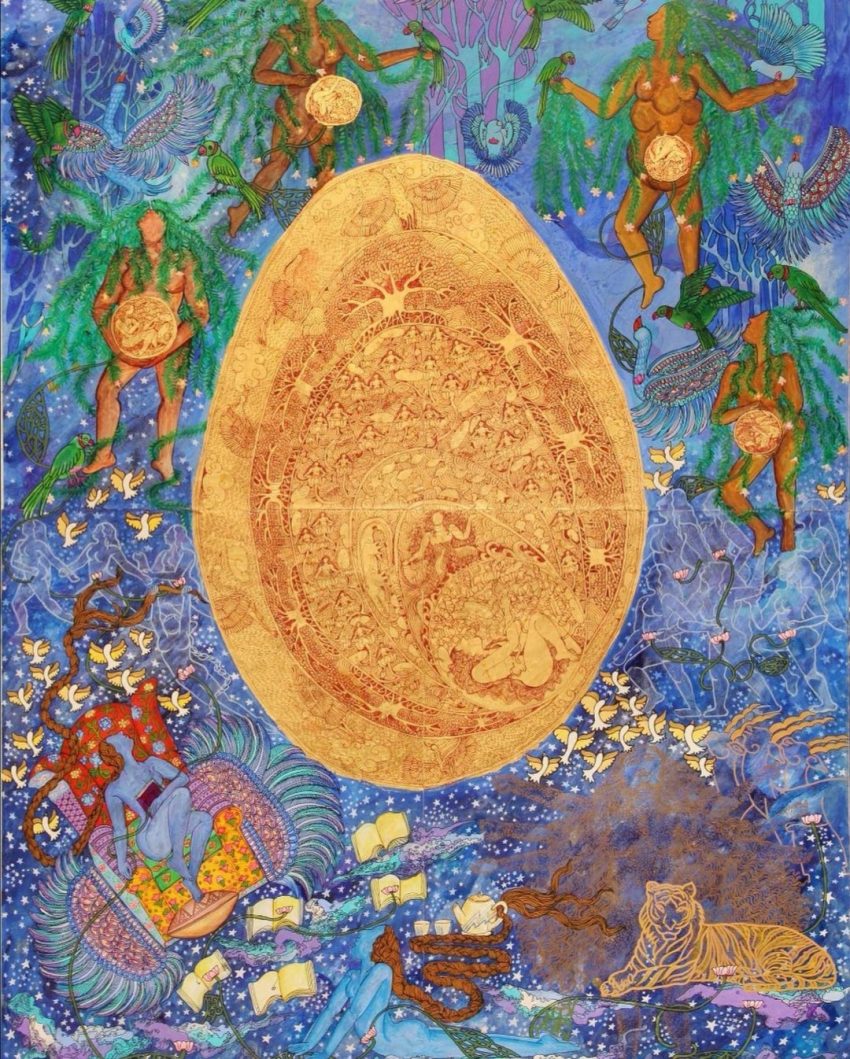 Four years ago during a medicine ceremony I journeyed over two nights through many different experiences as womankind, living and feeling all the pains and pressures, the violence and ways of survival, through many ages.

At the time I did not fully know why I was taken on that journey, but in the months that followed what began to unfold was the work I do today. I was tuned to work with women, with the feminine, to be able to read and guide women. That’s not to say in this like I am a woman, nor that I fully understand, but I follow my guidance with those I work with. The work naturally developed to include men too over time. In the following years I have had journeys around the feminine but not often with Mother.

What would be born from a Golden Temple (womb), but only a Golden Race.

However in recent days I found myself on a journey where I was welcomed and embraced by Mother again, and by the land and energy of Acapulco. I felt a deep welcoming into the bosom of this place, the rolling hills, green of the trees and blue of the sky, the sea which I swim in and take time to float in and be supported by, the sun which I gaze at and work with during sunrise and sunset.

When I swam that morning and floated in the sea, I journeyed a little and felt I was being held within the juices of Her yoni, I was held between her lips, supported and floated in Her fluids, the waters that bring all life. I was very aware of the curves of the hills in the distance and how nurtured and safe I am here. Later that day as the journey progressed I found myself in the womb, The Golden Temple, I could see the intricacy of the decoration in this solid gold, egg shaped temple.

A female reptilian entered and she sat opposite me, taking my hands, we spoke language back and forth before she stood and left. I was aware that we energetically turned keys to unlock the reptilian grip on the womb. My interpretation is the grip on the feminine on this planet.

In time I was shown that she, the reptilian, was me, and what we worked on was my own reptilian grip on the womb, on the energy of the feminine. As I digested this I gradually became my own woman and as a result could tune in to the frequency of the womb. I noticed I could not do this before as man. I again journeyed as woman and felt the womb energy flow through me.

Later, aware I was male again, and standing in the womb a friend I know entered, as a queen, she carried a crown and during a short ceremony placed the crown on my head, another stage unlocked along the path. This was another confirmation, passing through a further gateway to reclaim further pieces of my Self. We surrendered pieces of our consciousness along this path, to devolve, to gather experience as humans, now we are on the journey Home, regrouping with each other, and collecting more pieces of our souls along the way.

Soon I encountered a layer of pain, grief for women in my life, and also I traveled through more layers of sexual violence towards women. I have experienced this and much more in journeys previously, our role here is to witness consciousness, to honour and witness what we are shown, not to recoil or try to change or fix. I wept as I witnessed these acts of men, of mankind, these acts of myself for I am mankind, I share this consciousness, and in previous lives I have done these things. Witness and feel whatever emotions are activated, honour them and allow them to pass through. No thoughts required. There are no victims in this world, all is contracted, all is purposeful for expansion. Witness, feel, integrate, evolve past.

The Circuit Of Sexual Energy

As I moved beyond the grief I found myself as energy travelling up through the yoni passing all energy points, the clitoris, the g-spot, the cervix and up into the womb. I witnessed energy enter in the base of this Golden Temple, then be transformed by the womb itself, before passing through the top up to the heart. I was aware that the heart also transforms this energy further, although I was not shown this in detail.

Then I traveled as energy out the heart of woman into the heart of man, or out the tongue during a kiss or out the eyes into man’s eyes. Then travelling down through his body, heart, solar plexus and through his genitals to be passed out the penis and back into woman. This full cycle I witnessed and traveled a number of times. 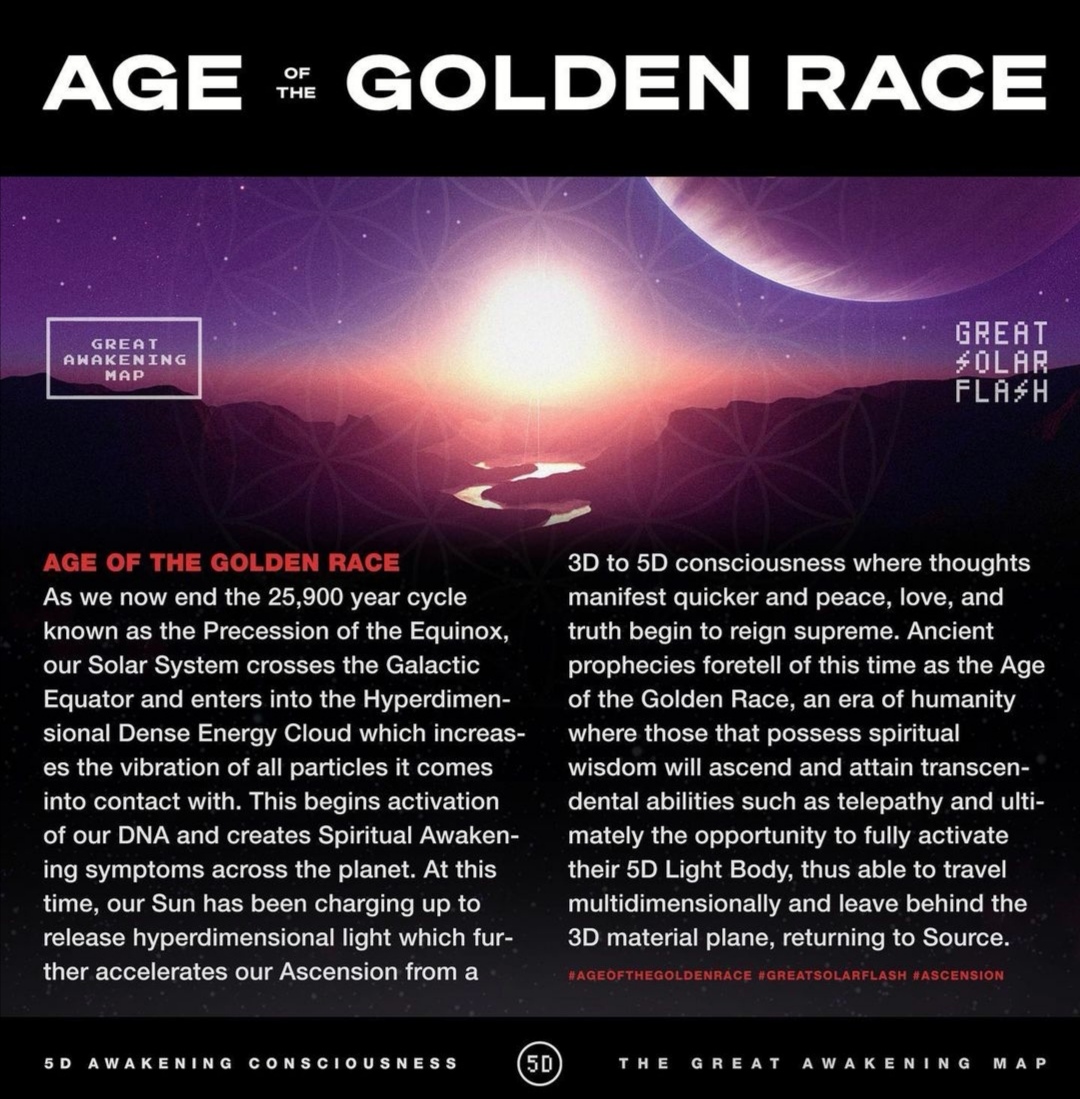 A few days later I came across the image above. Most of what is written is just information to me and I have no opinion or resonance with, however, since arriving in Acapulco where there is consistent sun, I have been practicing sun gazing at sunrise and sunset each day. I felt a growing appreciation for our sun, and that she has been feeding me, nurturing me, upgrading my brain, mind, nervous system. I’ve had the sun reach down from the sky through my 3rd eye, into my brain and as if a rope on a wheel, drop down to my root and connect, pulling that energy up towards my pineal gland.

What also resonates with me is the Age of the Golden Race. What would be born from a Golden Temple (womb), but only a Golden Race.

There are a few theories about the golden egg or womb or temple, I will not detail them all here, but the one that most resonates with me is partly from the Vedic tradition, that All stems from the Golden Temple or Womb, a new cosmos, a new galaxy is birthed from this place. This in my view is right where we stand, on the brink of the New World, fast approaching.

In parting, consider the sun and all life it brings, our food, warmth, how she interacts with plants, with our own skin. Consider your own womb or your partners womb, your mothers womb, where all life springs. Consider the approaching Winter Solstice and the end of this year of great change, where all is dying off in the dead of winter, only to be reborn anew, soon. These are great times, savor them.

Thanks for reading, if you enjoy my work you can buy me a coffee by clicking this link.

(I run an 8 week Shadow Integration Course for men and women, for further details on this work click here, although this is the page describing the work with women, the work is the same with man. Men’s page under construction)