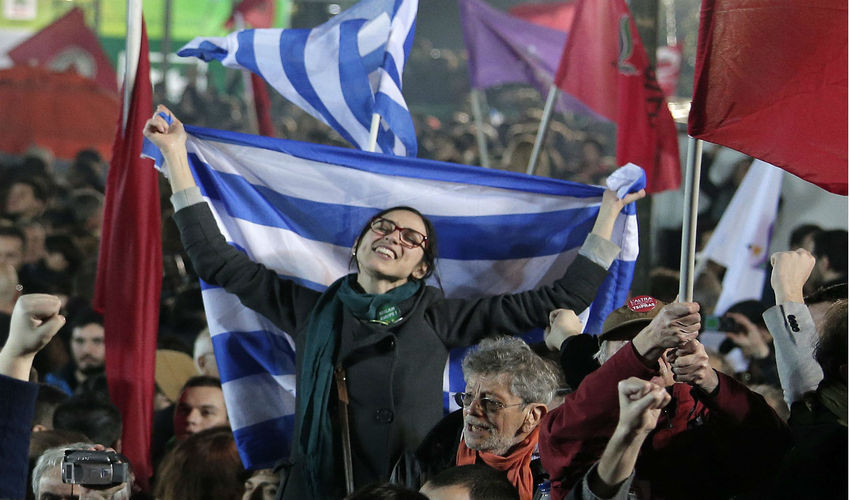 So the money must not be the problem, the inability to balance a budget is a clue.

Emotional people can be easily led and usually sway with the majority opinion, rather than stepping back and doing their own research. Rhetoric about helping ‘the people’ fuels emotive populism, ‘the people will own the xyz’ sounds great, but is meaningless, to see more detail on why ‘the people’ is a meaningless phrase used to manipulate voters click here. So recent governments have mismanaged economies, resulting in massive debt dumped onto the tax slaves…sorry, tax payers. These political party’s now are suggesting, not less government, but more government. Let me spell that out, more of the establishment that has been proved to be dysfunctional, corrupt and wasteful. More civil servants, more departments, more control, to take back the rail-roads and ports and water and electricity. They are spinning the truth so voters “think if the state just has more money all will be well.” Just a little, or a lot, more cash from taxation, from ‘the rich’ from corporations, from anyone they can squeeze. Yet Ireland ran at a surplus in the Celtic Tiger, there was more money than the state knew what to do with. Have no fear dear reader, it was all pissed away as soon as discovered. Yet during these years of state surplus, the health service was an ongoing disaster which I touch on here, throwing money into that black hole solved nothing. So the money must not be the problem, the inability to balance a budget is a clue. Giving more money to career incompetents is madness. New government or not, the civil service remains in each country, in fact, the aim being to grow larger, and public services excel in wasting money.

‘Knowledge is power, the masses are powerless because they have no knowledge’. – Jordan Maxwell

The more socialised a country is the less freedom its citizens have. Not only that, but the larger any government is, the more it costs to run. Now here’s the real beauty behind all these passionate speeches, the grandstanding as they claim to save the workers from ‘the rich’. The only reason tens of millions of people are voting for our new heroes is they are under the illusion that someone else will be billed for all the new fantastic services about to be provided. (If you still think the state is good at providing services read my post on the health service) The penny has yet to drop, that they, the poor and average citizens, will pay. What is even more interesting is, this time they’ll pay even more than before, crony monopolies result in no competition, so state monopolies can piss away money and charge the user what they like, if there’s no competition for water or health care, where ya gonna go? Tough, you voted for free state services, remember?

Out of the pain and frustration of austerity the masses want revenge, they’ve had enough. Similar to post 9/11 when many American’s were happy to give up their liberties to feel safe from the bogeyman in the cave. Get people angry, get them frightened, and their decision making goes out the window. The marchers feel empowered to be surrounded by like minds, there is a sense of community at last, all wonderful, once one can hold on to critical thinking. Remember, going with the flow got us into this predicament. Majorities elected the people who imposed austerity, bailed out banks. Large movements have habits of seeking direction, seeking leaders and then retiring to follow the herd. A close friend of mine used to say ‘confusion is a good place to be’. Humans seek comfort, the easier option, it’s easy to sit back and hand over all this frustration and confusion and anger to the new leader of the moment.

However what’s required is to go through that confusion:

Marching is not enough, protesting is not enough. Waving a flag and demanding someone else make the important decisions does not make you a revolutionary. People power does not mean the people hire a different batch of halfwits to look after them, people power means you take back your power, you make those decisions yourself, with your family, with your community, if some areas of your life you deem extremely important, then demand you are the sole decision maker, do your own research, take responsibility. We’re inclined to want The Revolution Happy Meal: Instant Dependency, but its time to move beyond the quick fix for a broken society.

The Lies of Politicians And The Media
Do You Believe In Freedom?