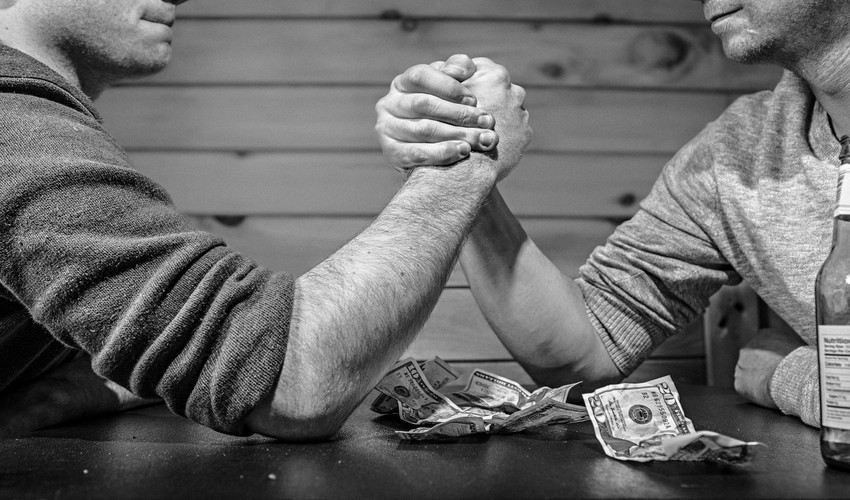 Before we begin: There is no ‘The People’. There are six billion individuals with very similar needs but differing interests and desires. Sure we all need food but some want a vegan diet and others love a good burger. ‘The people’ is a meaningless undefined term, like ‘the poor’ and ‘the rich’. People vote and protest yet have not realised that this is all energy wasted, the government cannot serve ‘the people’, because ‘the people’ do not exist.

The slaves have yet to realise there is too many of them with too varying interests to be properly served.

I recently watched a documentary on Brazil, one section covered a family who lived on a rubbish dump, the parents, of seven children, made a living collecting and selling recyclable materials. They had a small hut with a microwave, a coffee machine and a flat screen television, two mattresses that served as beds for the whole family, and an old small truck with no brakes. Both the children and parents looked happier and more grateful than most people I know, including myself. Yet we would look upon this economic situation with patronising sympathy and consider it poverty. Perhaps it is, but if indeed it is, what is the true meaning of ‘poverty’ and what is the true meaning of ‘wealth’.  The majority of us in the West are considered economically wealthy. Economically I would agree, but ‘wealth’ ‘poor’ and ‘rich’ I think are words that encompass much more of a persons state than just financial. This is where politicians proposing to ‘help the poor’ becomes a muddy self serving ideal. Not everyone wants to be helped, and not everyone wants the actual help that is on offer, as in most cases the help is what the politician or some civil servant determines suitable, rather than what would be helpful to the receiver. Of course I would consider Bill Gates rich, but I’m not sure at what point he became rich, his first billion? First million? First hundred thousand? Who decides the figure? Can we each decide the figure? Can we each define what ‘rich’ actually means to us? Or will some elected narcissist define those words for us? Will that definition be set in stone, worldwide, forever and ever? Will all of us taxpaying slaves agree with the definition? Unlikely. I’m immediately suspicious of any person who holds instant answers for any of these questions.

To get to the point: Let us take any population in any country across the world. For this example I’ll use Slaveland. Slaveland has a population of one million people. Like most countries there is a mix of Left and Right voters and of course those people who think that politics is simply a circus to keep the slaves distracted from the reality: that they are indeed slaves.

Only in a highly medicated country, using high quality indoctrination methods would all the slaves vote, and would all the slaves vote for the same slave master, a 100% turnout choosing one master. This is not reality sadly, most people are far too wayward to do what is expected of them, and sadly mind control practises are frowned upon by some of the more informed slaves.

The slaves have yet to realise there is too many of them with too varying interests to be properly served.

What happens in Slaveland is identical to what happens in every other democratic country. Around half of those who vote pick the Right and the other half pick the Left. Those who do not vote will have to be whipped into submission by the wonderful visionaries who will be elected to lead the unenlightened peasants to a greater future. One of the sides running for power is lucky enough to gain high wages, expenses and a ride on the Gravy Train for about four years, in some instances they might get a pension too after their perhaps brief stint as ‘elected’ (by the few who turn up to vote) Slave Master.

The slaves have yet to realise there is too many of them with too varying interests to be properly served. Pitted against each other to elect a master can only result in around half of them being unsatisfied with the election result. If the peasants stepped back for a moment and observed the circus, they might realise they are partaking in an exercise of Divide and Conquer. Friends and neighbours, partners, families divided by misinformed political ideals. Rather than choosing to live individual lives they have been conditioned to think it normal to try to force their chosen master onto their friends and neighbours who may strongly object to this slave master of choice. Too many slaves with too many differing ideals, yet society sees it more acceptable to try to force your will onto others via politics, than to respect and leave each other free to live. Hmmm and this is considered civilised. 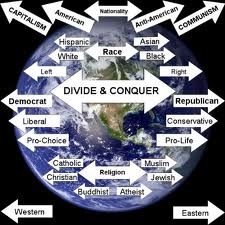 Now lets propose you are a slave lucky in the lottery of democracy, that your chosen master is elected. For this exercise let us assume your chosen master is indeed a genuine good person, indeed a saint. As we have seen above, this saint will find it impossible to govern in any way that can serve all slaves with differing opinions. One size does not fit all. As well intentioned as this saint may be he cannot raise taxes on the rich (demanded by the poor, whoever they are), and eliminate taxes on the rich (demanded by the rich, whoever they are). He cannot respect everyone’s right to own their own home (demanded by some), and yet enforce a property tax on all to pay for enforced (whether you like it or not) state services (demanded by some). One slave master cannot fulfil the wishes of oh so many wretched peasants.

The voting populations are generally misinformed or uninformed

So your (this encompasses only you dear reader, one person) chosen saint is elected, but due to the many layers of bureaucracy and multitude of other (potential) saints vying for power and convinced they know what is best (his definition of what ‘best’ is, ‘best’ is subjective and may in no way benefit your life) for the entire population, your chosen saint may find it very difficult to make an impact. If he does make any impact (that benefits you, or even a majority, impossible to be a full population) he may well be outed at the next election, what you consider a positive impact many others may consider negative and vote against these changes. Political life in one role is generally short, the deck chairs are moved around frequently. With any changes that are made there will always be opposing groups rallying to remove those politicians who make the changes you desire, if the new masters get into power as so often happens, they will then spend their terms undoing what the previous government did, or concentrating on other areas to change in ways you may dislike. So, too many slave masters seems to be an issue also.

Any model of government requires rulers.

The voting populations are generally misinformed or uninformed, steered by mainstream news playing one side against the other. The mainstream media has the predictable tactic of airing both sides, without ever mentioning that neither side is necessary. Peaceful non coercive alternatives will never been aired to the slaves. More taxation or less taxation, which usually means its time to hide some taxation, not no taxation. Lots of slave masters or a few less slave masters, not no slave masters.

Any model of government requires rulers. The desire of the sleepwalking masses to pay a perhaps well spoken stranger to manage their lives is utter madness, and has been proven so repeatedly, for centuries.