The Duality Of Wealth And Poverty 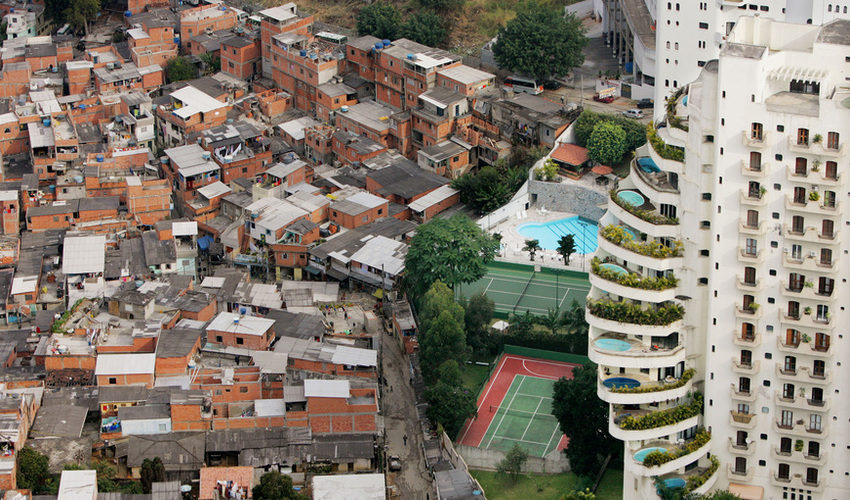 The Duality of wealth and poverty

Man in his basest form has little or no awareness of the spirit. No awareness of his power or that there are perhaps other karmic timelines, or soul contract lessons being played out. Other than his tiny world view that he is hypnotised by, convinced of, little else grabs his attention, until, these limited paths become predictable and repetitive, then we become frustrated and begin to look elsewhere.

Spirit created the duality of abundance and lack to fully experience total abundance with the perspective of total lack. Consider that nature is perfectly balanced and fully abundant. The cycle of the seasons, death and regeneration is always at work, there is no moment when the program switches off.

The lesson lies in the inner world, on identifying the messenger of the outer world.

Man doesn’t always recognise this perfection as he has more limited ideas of abundance, measuring it only by bank balance or material possessions. There are abundant beings who live on the streets or on rubbish tips, rich in spirit and life. I often wonder if there are more rich people in “poor” parts of the world than in the wealthiest parts.

Man fleshes out, expands, explores lack, which is presented in many convincing forms, out there, in the world. Outside of the richness of spirit. Once completion of this duality is fully realised, there is no need for the conscious controlled “wealth management”. In the investment world, the managing of “wealth”, gold silver bitcoin property etc is merely further expansion of this duality. I spoke in more detail about this area here. That is not to say this work is “wrong” or pointless, we’re in a game, have fun experiences and have fun manifesting. But if we are seeking riches “out there” we will find ourselves at a loss. There are no riches “out there”, there is no “out there”.

I digress. Once complete, there is no lack, there is no need to manage. All is wealth, true wealth, even the word security begins to become obsolete. Anything that shows up repeatedly in our lives is sent by the higher self, lessons we often overlook as we are hypnotised by the physicality. The lesson lies in the inner world, on recognising the messenger of the outer world. So your poverty or loneliness in the physical world = an unresolved inner lesson, often painful, that requires your acknowledgement, your attention, your love. In doing this work, the outside world, the “reflection” if you will, loses the charge and begins to transform. What was previously deemed “poor” may indeed remain identical, however the perception transforms, and through those new eyes a thread of gratitude begins, recognising the wealth and abundance in the simplest of things. Thus we find we begin to recognise our riches and abundance.

a death of sorts

In recent years this lack spread throughout my life like a virus, beginning in finances and arriving in my relationships with my partner, friends and ultimately with myself. I found myself bankrupt in all areas, irritable, impatient, under pressure, and just very unhappy. Finally I reached bottom and began to look at my shadow, without knowing that this was what I was doing. Having nothing to lose is a good place to be, there is a degree of fearlessness in it, fuck it!

Approaching my 40th birthday my ten year relationship with a wonderful woman ended and I found myself sleeping in my twenty year old car as winter approached. Some people live in their cars to save money for a holiday or deposit for a house, they have a plan, are organised and know they can end the experience whenever they feel like it. This was not my experience. My ego was dented, I was ashamed. I tried to remain clean and tidy, I tried to eat my food as if I was just some guy on a lunch break eating a takeaway. I tried to park in areas where I would be unnoticed sleeping. I would rise early and move on before being spotted by early joggers and dog walkers.

I knew all along that I was not a victim of high rents, greedy landlords, corrupt polticians, or anything else. I chose this path. I did moan to those around me, I did slip into victim mode at times, but I fought to take responsibility and own this experience and “get” the lesson. I chose to not apply for any kind of government help, to not endlessly pursue jobs I really didn’t want that would allow me to cover rents, or to move back in with my parents. I wanted my independence, and with the lack of a list of bills to keep on top of, I was granted less pressure and more free time to face myself and begin to make peace with all the rising turmoil. I had bits and pieces of work to survive, and to my surprise, life carried on.

So in that dirty old car, with bags of possessions, food and blankets all around me, between running around to public toilets, showering in gyms and surviving on takeaways, I began to surrender. To look within, rather than continue to scramble to be someone else, someplace else, dressed in the facade that would deem me worthy, somebody, whole. I began to meet myself, to see the life that was mine. And I was shocked at first, my ego was shocked as reality hit home.

But I began to experience true wealth, free time, “living” often by the sea, doing the two things that I love, exploring consciousness in ceremonies and my own meditation and contemplation, and writing.

Eleven months later I still live in that car. I won’t bore you with the ups and downs, but my priority during the last fifteen months has been my own inner growth, to know who I am, to make peace with all that turmoil within. Part of making peace with myself has been addressing the abundance versus lack in my reflection. And regular work to remain grateful for the gifts I have, rather than slip into the egos list of what I lack.

So I guess the questions I put to myself due to this experience are:

It is a difficult concept for many of you to grasp that seemingly helpless children or starving people also create their own reality. Whenever you buy into the victim mentality, you send people the idea that they are powerless and you make that probability one for yourself. You must learn to honour other people’s dramas and lessons….You must understand that others must go through the realms of density to bring them to light. Sometimes the greatest enlightenment lies in the greatest catastrophes and the greatest difficulties. – Bringers of the Dawn: Teachings from the Pleiadians

Please have a look at my remote energy healing work through the link at the top of the page and have a read of the testimonials. Sign up to my newsletter by entering your email address into the box below.

Holotropic Breathwork To DMT
Solar Eclipse - A Commitment To Liberation